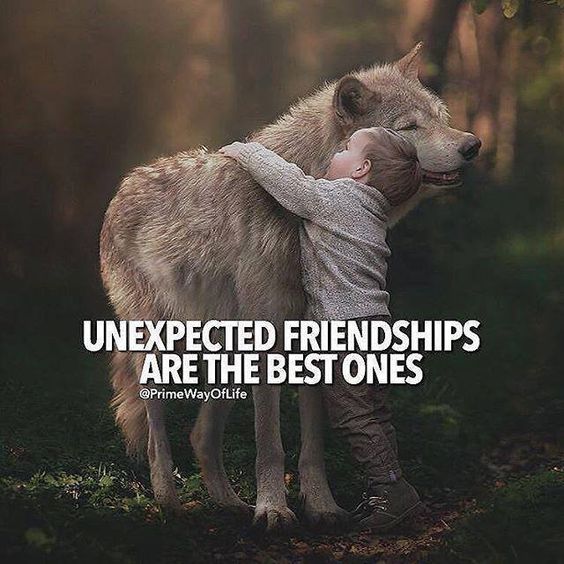 I once had a friend called Brian. He joined my school in sixth grade and like any new student he did his best to adapt to his new surroundings. The only thing Brian struggled with most was reading aloud infront of the class. You see Brian would stutter. He’d pause silently for about 5 seconds before he spoke and in his mind that five seconds was probably an eternity. He was teased relentlessly for this and I did not find it funny at all. I’m not sure how our friendship exactly started but we became quite close. We would hang out often and I noticed something very interesting about Brian over the next few weeks. He would not stutter whenever he spoke to me. He would stutter in the company of other people but it would never happen when it was just the two of us. Around me he felt most comfortable. He cherished my advice and he knew I would not make fun of him either.

He is one person in my life I would definitely call a best friend because we shared a kinship that no one else could come between.

After Angel Gabriel spoke to Mary, she went to visit Elizabeth for three months and during that period their shared experience made their friendship stronger. They were both mothers to miracle babies and they had to advise each other, encourage each other and help each other emotionally.

‘And when Elizabeth heard Mary’s greeting, the babe leaped in her womb, and Elizabeth was filled with the Holy Spirit.’

Their bond was so strong, so deep that even Elizabeth’s unborn child leaped for joy. It is the spirit of God that connects and directs friendships. My wife and I have a supporting church family and our prayer is that as our marriage grows beyond that circle we will find friends we can connect with on a deeper spiritual level.

The term ‘best friend’ is said quite loosely today but who in your life would you consider a true best friend? Would you look out for them as much as they look out for you?

God bless you all and have a good night.

Abraham went out of his way to protect his nephew Lot. When their workers didn’t get along he spoke with Lot directly to resolve the problem. When Lot was kidnapped, he was ready to sacrifice his life to save him. And when God was about to destroy Sodom and Gomorrah, Abraham interceded for him so that the righteous could at least be saved in the city. These are three instances where Abraham stood up for his family.

A valuable lesson I want to teach my daughter is the importance of FAMILY. As her parents we will go above and beyond our duty to help her. She needs to be honest, respectful and responsible so that we can defend her if anything happens. If her character is consistent at home, we won’t have to worry about defending her in the world.

Who are some of the people you care about in your life? Are you willing to sacrifice anything for them? If not, have a conversation with God to search your heart and give you the wisdom to make peace with them.
Thank you for your support readers and have a restful good night. God bless you.

As you’ve probably noticed, most of my Bible quotes are from the Gospel of Luke. My goal was to take time and study the word of God more so I thought what better place to start than to get to know Jesus. It’s also a personal challenge for me to study Bible books that I’ve heard of or read about in passing but never really critically studied. My prayer is that you may also learn from it and be inspired to pursue your goals with renewed energy.  For now that’s what I’m doing and it’s helping me stay focussed and consistent.

While doing my bible study I write down important verses and classify them into three simple categories.

The list above is interchangeable but it’s allowed me to FOCUS more on what my RESPONSIBILITY is in the context of what the verse is talking about. I even made an acronym as a reminder.

ummm….I need to revise that to remind me of something more pleasant than a morgue!

Make your Bible study more practical to suit your needs. If your method is simply to memorize a verse and use that as inspiration throughout the day so be it. The beauty about God is that He will meet you exactly where you are. Always remember it’s not by works but by the spirit of God. You are not alone so let God help you.

Like most new bloggers I am still at that stage where all I have is a desire to write. Some days I’m inspired and some days I am not but I think that’s ok. I’ve already taken the first steps so I can’t quit now!

“For with God, NOTHING will be impossible.”

There is a boldness and a simplicity to scripture sometimes that makes me ask more questions than being simply content with the answers. I say to myself, “Lord you don’t understand,” “Lord you see this is my situation right now, “Lord if I only had this.”

Instead of accepting it for what it is I start this great debate in my head then I realize all my words are pointless. I’m discouraging myself even before I accept God’s promise all because I want to be in control.

Gabriel told Mary that despite Elizabeth’s old age she will bear a son. Mary would also have a son despite being a virgin. (She had some explaining to do to Joseph). I love this exchange between the Angel and Mary because it shows me God chooses the most ORDINARY people to do EXTRAORDINARY things. My wife and I consider ourselves ordinary, but we also know that with the gifts that God has given us he has given us the responsibility to be able to do extraordinary things. We have a vision to be leaders, mentors, authors and we believe it will happen. What’s the point of having the love of Christ without sharing it with others?

God wants to use you exactly where you are. You don’t need anything fancy, you don’t need to feel like you are inadequate. NO. They’ll call you crazy but so be it because our God says “NOTHING WILL BE IMPOSSIBLE. “

First I’d like to thank the readers of my previous post and the feedback you gave. I don’t take it for granted that you took the time to respond positively to my post and I’ll do my best to keep encouraging you all.

The first chapter of Luke not only sets the stage for the coming of Jesus, but it also gives a detailed background of Elizabeth and Zechariah who were the parents of John the Baptist. They were both in their old age and had no children but the angel Gabriel appeared to Zechariah and told him he would have a son. As lovely as this story is, what stood out to me most was the burst of emotion from Elizabeth when she found out she was pregnant.

Elizabeth conceived, and for five months she hid herself saying, “Thus the Lord has done to ME, to TAKE AWAY my reproach (disgrace, shame) among men.”

The bible doesn’t explicitly say how long the couple were married but because they were in their old age we can conclude that they’d been married a long time.  During this period in history a woman was valued by how many children she had so Elizabeth’s words to God were truly heartfelt. She had been barren for so long that once she realized she was pregnant she had to release all the pent up anguish and frustration that had built up in her spirit. I pictured Elizabeth sitting in her room quietly; tears of joy rolling down her cheeks as she quietly whispered to God. “Thank you. Thank you. Thank you for answering my prayer.”

She was grateful to God for lifting up that emotional burden off her shoulders. In fact she was so thankful that she isolated herself from the rest of the world for five months. Her miracle didn’t come from man but from God.

Zechariah on the other hand stuck by his wife during what was probably one of the most difficult moments of her life. He didn’t move on and find another wife to give him children because he knew Elizabeth was a woman of God and he CHOSE to SUPPORT her.

So what are some of the things you are thankful for today? Write them down and repeat them to yourself. It may be a difficult moment in your life but I believe there is still a lot to be thankful for because God listens to prayer no matter how impossible your situation may seem. My wife and I are hoping to move into our own home within the next year. We don’t know how it’s going to happen but one thing we know for sure is that God is with us during this process.